A surprise Christmas present from my mum. I was a bit taken aback by the title, but it’s been a jolly good read.

Never the Bride (by Paul Magrs) is the first of a series of books about “The Adventures of Brenda and Effie”—OAP investigators of the supernatural in Whitby, which plays host to all sort of creepy goings on.  It’s written in a dry, matter-of-fact style, which is good fun. In additional to the supernatural, witchcraft there is a good dose of Sci-Fi, all mixed up with ‘B’ movie melodrama. There are five, chapters each telling a separate sub-story, all quite different. Light reading, but good enough to  have a go at book two!

I liked Jessie, the regressive waitress who says ‘Gloop‘!

But it wasn’t like Effie to resort to hyperbole. I waited until Jessie and our afternoon tea arrived and then I could properly stare at her.
And it was true! Where were her deeply etched wrinkles? Where was her scraggy chicken neck?
‘Ladies!’ She ginned. ‘How lovely to see you.’
Where was her surliness, her migrainey frown?
What on earth has happened to you?’ Effie demanded crisply,
Jessie shook out her golden (golden!) perm and treated us to a dazzling (dazzling!) grin. ‘Ladies…’ she announced. ‘I have had a make-over’.

Pornography was set in July 2007, centering on the London bombings. Most of the play was delivered as monologue, which was direct and powerful—the theatre was full, but eerily silent.  What wasn’t monologue was excellent choreography, well executed. The strong cast and direction meant this was a polished production. I found the ending emotional, heightened by the good sound and choreography, and this is probably the closest I’ve come to shedding a tear at the ADC. Although didn’t quite get there.

The guy who got beaten up was excellent and quirky. The cast are all named as ‘person’ on CamDram, so I can’t tell who played who: Megan Roberts, James Bloor, Mark Wartenberg, Chloe Mashiter, Tom England, Luka Krsljanin. Well done all.

The incest scene was shocking, it felt very real as the growing lust between the brother-sister romance was developed  believably and when they gave in, it was truly shocking.

At this rate of great 11pm performances,  I’ll be moving my theatre slots later!

Tab review (febrile means feverish, if like me you need to look it up) and a fun minor ‘scandal’ in the promotion for the show.

London, 7th July, 2005
“This city is never silent. It has a throb and pulse of its own. It feels latent. It feels charged. It feels sprung. As though something remarkable is going to happen.
In less than an hour, everything will change.
What you need to do is stand well clear of the yellow line.”
Violently dark. Startlingly poignant. ‘Pornography’ takes us into the lives of six individuals and into the worlds that lie, in constant whirling motion, behind the face of the everyday. Through the voyeuristic and visceral, we watch them fall and fragment against the backdrop of London. A London speeding towards a shattering collision of exultation and horror, whilst we begin to realise what it means to be alive in the 21st century, and whether or not this kind of isolated, disconnected existence is really worth fighting for.

I followed Ben Goldacre on twitter for a while after enjoying his excellent Guardian columns, but his swearing got on my nerves. So I wasn’t too sure about this book. In summary it was great. Debunking the media representation of science and pointing out just why science is badly represented in newspapers. Most fascinating was the insight into how health quacks have such a hold on society, and there probably isn’t anything we can do about it. Ben talks about his heros liberally in the book and I’m adding him to my list. Essential reading for anyone who thinks that our health service should pay for things like homeopathy. 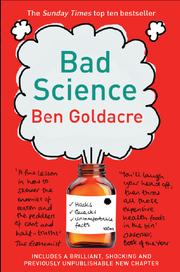 Fun night tasting wine at Cambridge Wine Merchants in Cherry Hinton, matching wine with curry. The wine was from Cambridge Wine and the curry was from Inder’s Kitchen, a Cambridge-based internet delivery service.

Lovely vegetables in creamy sauce. Goes well with the Riesling.  Ok with the Mont Rocher. Pinot Gris, not the best.

Rice spiced with cardamon: The Pinot Gris went well with the spiced rice (which apparently is dead easy to make according to Inder, just add the pods)

At the end of out tasting I think there a difference between spiced and curry-spiced? The Riesling was the most versatile, but the Pinot Gris went really well with non-chilli spiced foods, like the cumin cake. All the wines were good matches for some of the food, so not a clear picture. The food was lovely, so looking forward to trying some of that when we get a chance.

We followed with a  couple of glasses of Madeira: Bual and Malmsey. Both similar, Malmsey much sweeter. Bual drier that I expected. Lots of dried fruit but a bit linctus! Bit treacley, compared with the sweeter Malmsey which is lighter (surprisingly). The first night of the theatre season at the ADC for us and we went to see  a late night production of The Way Through the Woods, by ‘The Story Teller‘. It’s a dark telling of Snow White (and the three dwarves). Good and fair review from Cambridge TAB and I agree with the comments about the narrator. Katie Alcock (the Witch) was super and powerful in her part, she carried this off with conviction. I enjoyed the mirror, with the writhing figures in silhouette and great vocals from Chigozie Nri and Hannah Walker: I don’t know how the vocals were done, but the effect was spine chilling! The dwarves were great: the hobbit-esque outfits and TweedleDum-and-TweedleDeee-inspired dialogue were great fun. I had more problems with Will O Wisp. CJ Donnelly was fun and exuberant, but too farcical for me and over the top. The singing was in general dire—singing a funeral dirge on stage probably takes a good singing voice and the cast looked rather dejected and uncomfortable as they tried their best. Finally, lots of praise for the orchestra, who were on stage. The score was great, and it was enjoyable to see them highlight the action and taking part in the drama. I’d like to see more of this sort of theatre. We were there on the opening night, and hopefully the cast’s confidence increased later in the week. Great stuff, lots that could have been improved, but a really good show and exciting to see such experimental and fresh theatre.

From the ADC Web Site:

The Story Tellers presents, The Way Through the Woods, Written by Paul Cooper, composed by Ed Bell

When a bed-time story becomes unnervingly real, a young boy is drawn into a world where nothing is as it seems. Hunted by a witch and her maniacal master, he is forced to make his way in a land where children do not long survive. In the forest, a young girl flees from her evil stepmother—but are her rescuers any less treacherous?

Combining new writing and live music, The Way Through the Woods is the story of Snow White as you’ve never seen it before. With a specially composed score and a twisted take on familiar characters, this is a devilishly dark retelling of a classic fairytale.

Join our Storyteller as he summons a story fit for the coldest winter’s night. When two worlds come together, who will survive? Just how happy an ending can we expect? And how many will find The Way Through the Woods…?

I’m in trouble! Set my alarm at 4:30 instead of 5:30 this morning. However, 5:30 was still an early start and I didn’t waken up properly until after breakfast at JFK.

Mike kindly drove us to the airport, which was superfast at that time on a Sunday morning.

Painless flight with American Airlines. Good to fly back during the day as it’ll be straight to bed when we get home. I seem to have eaten constantly today! Groan! On the 22:14 to Cambridge.

Mike was taking Sandy to a birthday party today, while the rest of us went into the city for the day. Iain and Sandy are both train mad, so getting the train into NY was great fun with Iain.

We had a rather huge slab of chocolate and caramel NY cheesecake from Junior’s NY Grand Central Cheesecake shop. I was quite shocked when I felt how heavy it was in the bag, and indeed it fed four of us, sitting in Starbucks, and we only ate 3/4 of it. 🙂 stopped in at the Train Museum, which was great fun (I took photos!

We spent a few hours exploring the Metropolitan Museum of Art: amazing galleries. Diana showed us her favourite Van Goughs, and I really enjoyed the American Gslleries and the superb Egyptian collection. The Temple of Dendur (‘rescued’ from flooding by the Aswan Dam) and the Metternich Stela were wonderful. In the American collection I enjoyed the Frank Lloyd Wright room and Tiffany Glass. Iain and Callie were very good in the museum and, fuelled by cheesecake, we all managed to last until 4 for lunch. The Highlander Cafe, on 78th St and 3rd Av (1505 3rd Avenue) looked after Callie and Iain really well, which made for a really relaxing and enjoyable lunch. It was also huge! With the late lunch we skipped dinner (Michael had a small bowl of Mike’s famous carabonara).

Mike is a volunteer firefighter for his town, covering 6,000 people. He took us on a tour of the Mamaroneck Fire House. Various fire engines, ladders and very well equipped— almost lavishly equipped. He was out on a call last night. I got to sit in a Fire Engine!

Lovely relaxing visit. It was great to catch up and meet the family before that get too grown up. If it’s another six years Iain will be 13 and Callie will be nine!