Just finished reading 孽子 for the Bristol Book Group. It’s a well translated/written story about young gay guys in Taiwan and how they are setting out in the their lives as rent boys centred on a local park. The book cover about six months of time and the characters develop a lot of that time. The story is simple: search for love, family, belonging. The writing is lovely in parts: the biographic note for the author describes it as ‘limpid’ which is a good description:

Off in a corner of the sky a full moon hung above the coconut trees, the deep red colour of a chunk of foetid, steamy raw meat. Not a breath of wind anywhere. The trees stood deathly still in the darkness. The air was thick, hot, clammy like a gelatinous mass. [Page 19]

Chief Yang  was dressed to kill in a blue-striped seersucker sportcoat bulging here and there like a dumpling made of gelatinous rice. [page 90]

At three o’clock in the afternoon, the heat turned Taipei into a mangy dog on its last legs, its panting tongue nearly touching the ground as it gasped for breath.  [Page 110]

When I’d gone to see her on the on the day of the Ghost Festival she’d clutched my hand and begged me to go to a temple and burn a joss stick for her, asking the Buddha to let her transcend death and forgive her for a lifetime of sins. Her eyes, which had become  black holes in her face, were filled with fear and trepidation. Mother had probably been afraid of something all her life for her eyes to radiate such fear, like a startled deer deparately running away, always on the move. She’d gone with one man after another, drifting all her adult life, without ever finding the haven she was seeking, ending her days as a piece of human flotsam in a rickety bed, wrapped in a tattered quilt and surrounded by the smells of sweat and medicine, her body wasted by disease. She must have been unbelievable lonely and desparate in her final hours. But now her broken body had been turned to ashes and was resting in a crude urn just outside the hall.Was it possoible that those ashes still contained the sins of her days on earth? [Page 175]

There were section where I was clearly missing cultural references:

“Jade, that was a stroke of luck, your running into the Dragon King of the Sean in the Crystal Palace. You’ll probably turn into an immortal pretty soon.” [Page 226]

Suddenly he fell to his knees at the foot of the grave. He bent over until his shoulders heaved violently as the wails grew louder and more hysterical. The sound of his crying, increasing in volume and mournfulness, barely seemed human. He was a wounded animal, his agonising death cry shattering the night calm as it rose to heaven from a deep, dark cave. The bright red setting sun was sinking behind the hill, bathing Wang Kuilong in its blood red waves. His agonising cries were swept down by the bloody waves into the valley below, where they surged back and forth. The rest of us, following the chief’s lead, fell to our knees on the ground, wisps of white, washed by the blood-red rays of the setting sun. [They were dressed in white mourning clothes, Page 307] 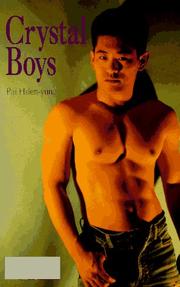